“A sun-drenched green corner of paradise” embedded in a green basin,  rich in plants of olives, figs, wild olives, carobs, hackberry and a thick Mediterranean maquis.

Santa Maria Navarrese  takes his name from the little church built in 1052 by order of the Princess of Navarre, daughter of King Garcia Sanchez V, probably expelled, escaped for a sin of love or for court intrigues.

She gave the order to build the church as a sign of gratitude to the Madonna for granting her survival from a shipwreck near the dreaded “Monti Insani”, officially known as Monte Santo.

In another tale, the princess was kidnapped and forced to land in Ogliastra after that the ship that hosted her had survived a violent storm.

According to legend that borders on history, the princess and her entourage later departed to reach the Sinis peninsula.

Her story still remains mysterious, between the nebulous history of the Middle Ages and the legend. The original church had a single nave. Later it was first lengthened and then enlarged by adding the two side naves that took the place of the pre-existing “Cumbessias” that the locals call “Errebustus”.

This pretty little church, which rises between the green hinterland and the sea, is built with stones and bricks. The gable roof is covered with tiles and supported by eight juniper trusses.

It was also used for civil and political functions and was always the object of attention and devotion of the people, of the judges and the nobles who made large donations in his favor. 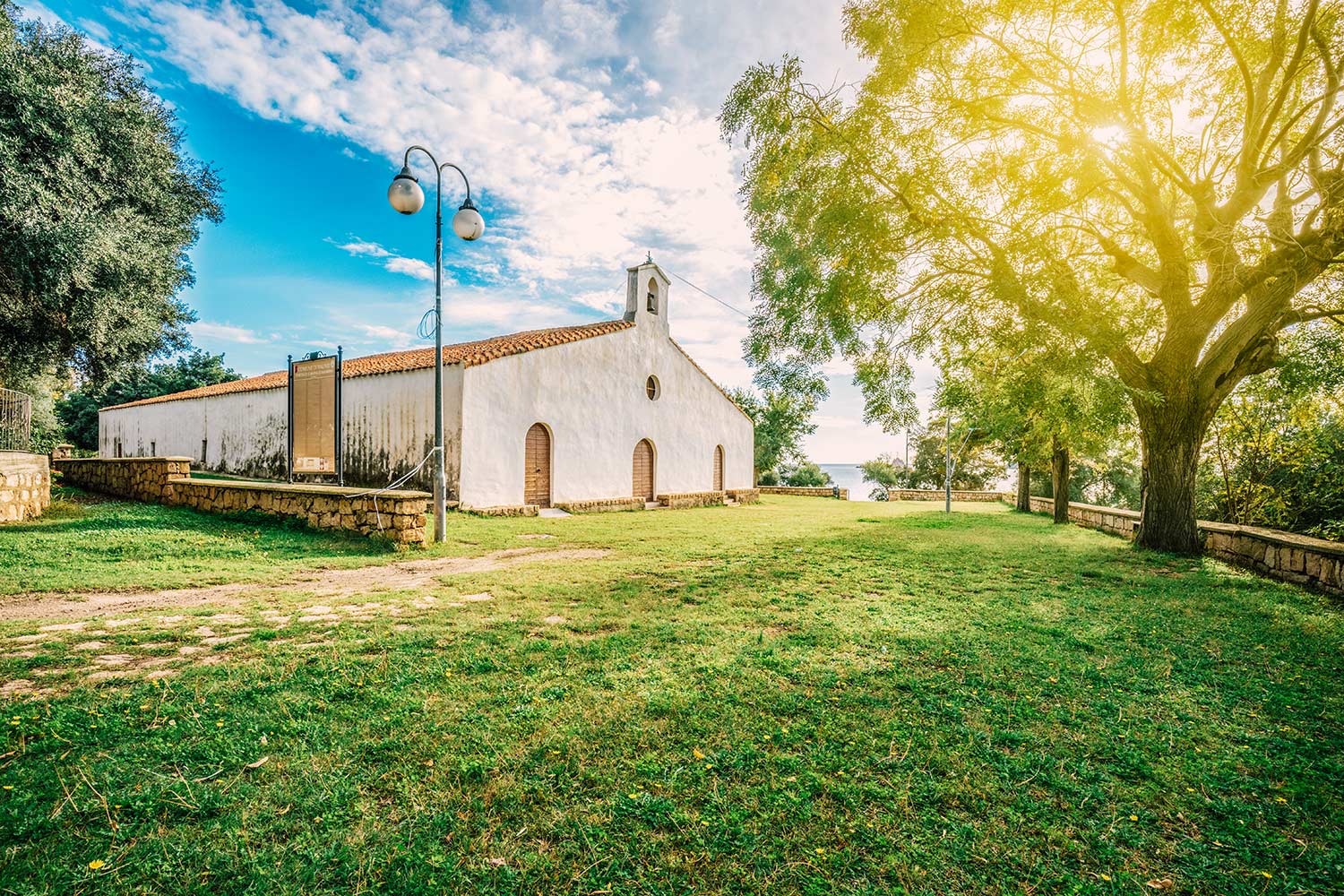 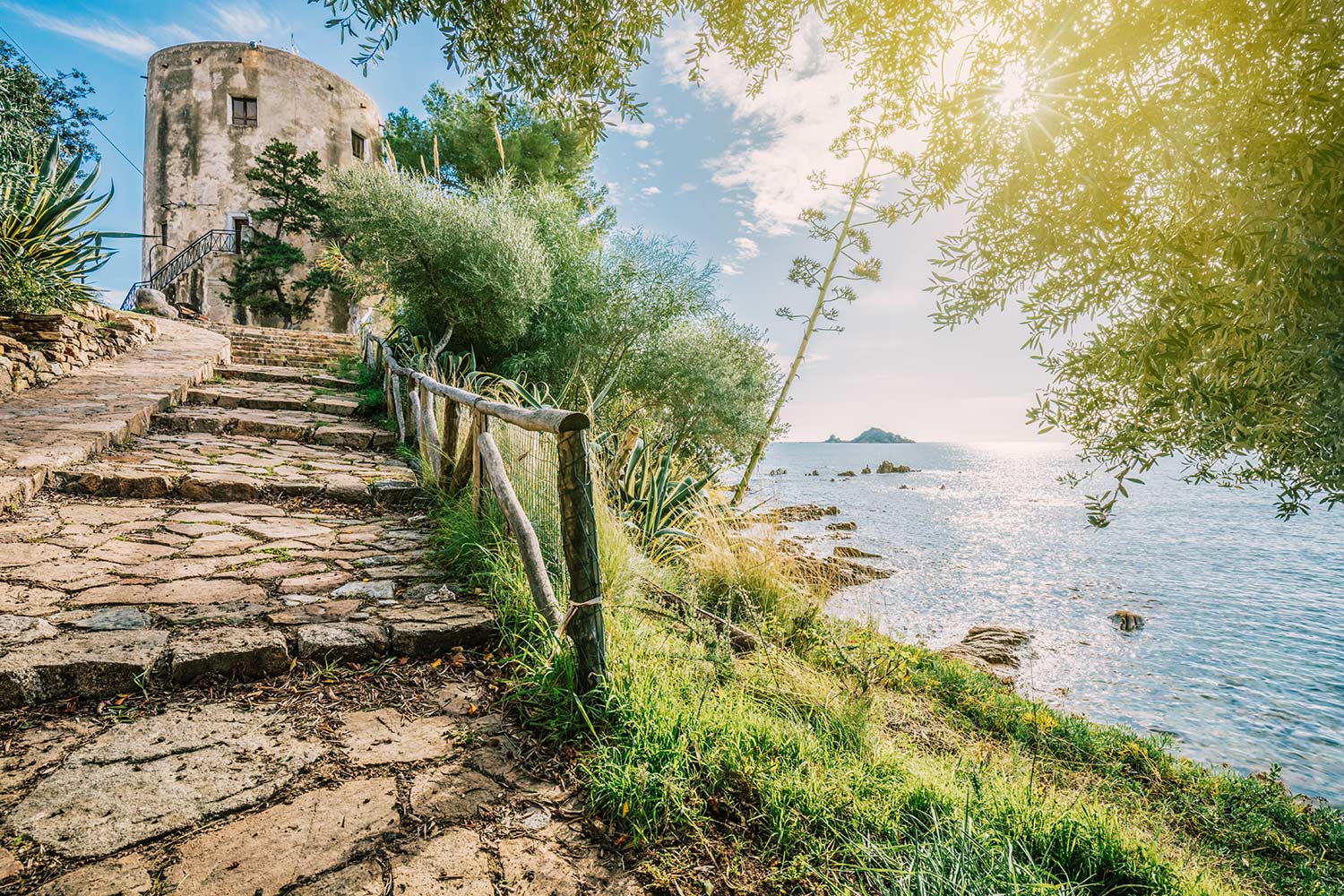 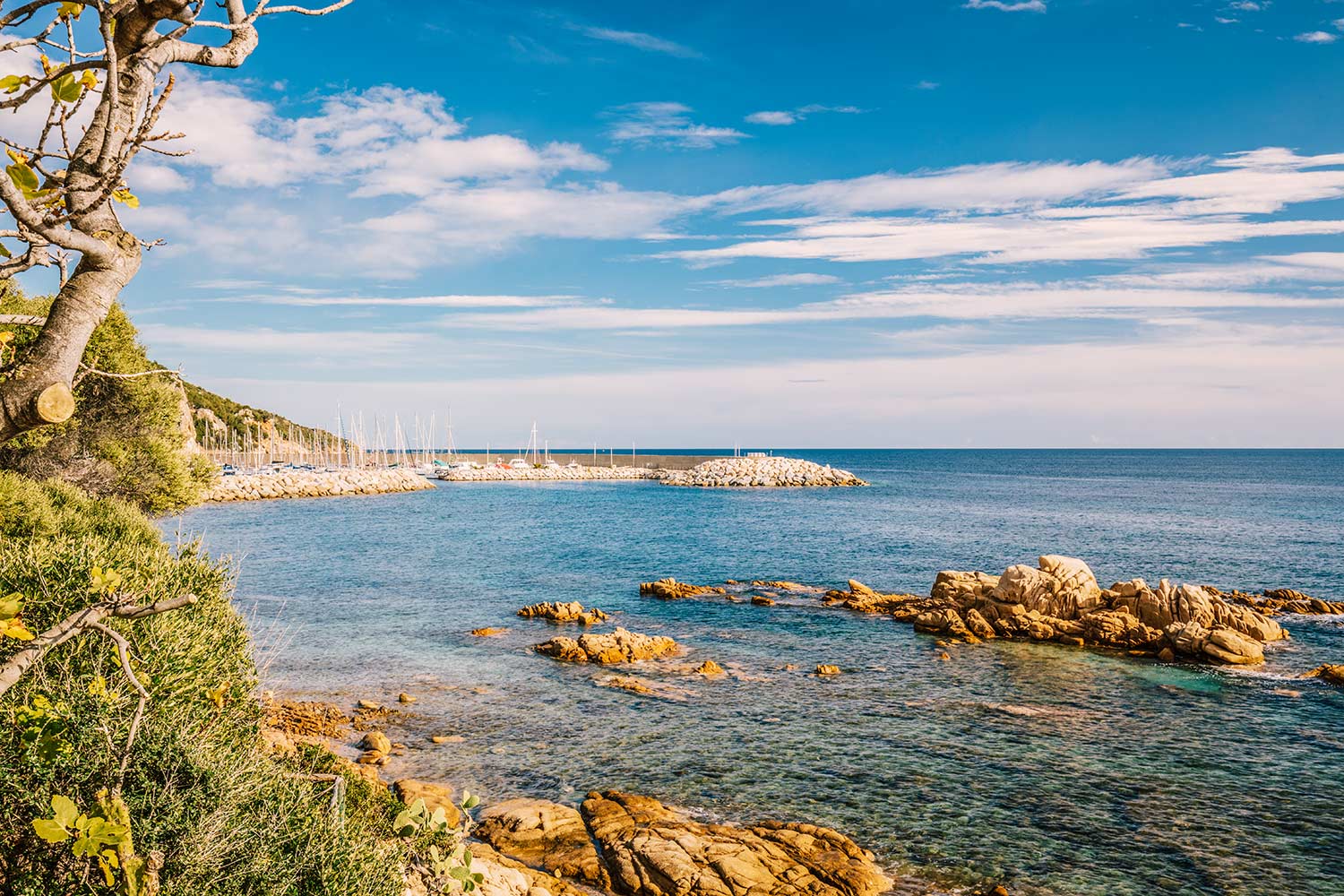 Ask for berth
availability and fees